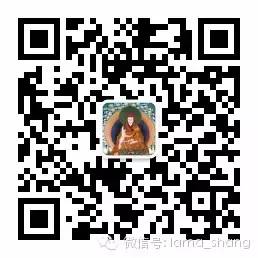 The 95-year-old Serda Khenpo was a remarkable man. Not once in many years had he washed his yellow, hopelessly wrinkled monastic robes, but if you got close to him you could detect a delicate fragrance that came from a lifetime of keeping pure precepts. His bright smile and twinkling eyes, full of expression, would always draw you in and leave you feeling warm from their softly radiating compassion. Even more incredible was his steadfast practice in prostrations – three to five rounds of 108 a day – and ircumambulations around a stupa. His remaining time was all dedicated to practice and seated meditation. Before he passed away, his disciples arranged for him to go to India for a health check. Amazingly, except for hemorrhoids and mild anemia, he had none of the other ailments that typically plague the elderly, such as osteoporosis or cardiovascular problems. His hearing was normal, and although his eyes had somewhat degenerated, he didn't suffer from presbyopia.

More than anything else, I believe the reason for this elder Khenpo's condition was his immersion in a spiritual environment for such a long period. He entered the monastery at the age of seven and spent the better of 90 years as a monk. Prolonged practice is capable of alleviating deeply rooted pain as well as negative and unhealthy psychological illnesses. The physiological and psychological tests scientists have conducted over the years on various Buddhist practitioners have proven that there are obvious differences between people who recite mantras and train in both mental visualizations and meditative stillness, and people who do not. Modern instruments and medical devices have also allowed us to clearly see the powerful healing effects of Buddhist practice on the body and mind.

In recent years, the aging population has become a heavy burden on medical institutions. These institutions should look to international medical research for insights from their successful studies on centenarians: these studies have connected the important role the environment and one's mood, brain and mind all play in supporting a long and healthy life. There was another collaborative study done by a team selected from different western medical schools that analyzed brain tissue samples from over 1,000 Buddhist nuns who had donated them for research after their passing. The tests showed that the proportions of different divisions of the nuns' brains – such as the hippocampus – differed from "standard" brains in the control group. Most astounding was the total absence of Alzheimer's in any of them. From these indications, we can extrapolate that Khenpo Serda's unique physical condition most probably had a direct relationship to his practice.

There is a book I find quite interesting called "The Varieties of Religious Experience", which briefly touches upon work done to classify the unique qualities of religious experience across various schools, and then compare them to the emotional and mental landscape of people who claimed to have had actual experiences of some form of spiritual practice. I think it was a very interesting and meaningful study. In truth, if you try to measure the effect that seated meditation practice has on the cerebral cortex and the frontal lobe with medical instruments, you would indeed find a positive link. I've even heard of people who have suffered from epilepsy using meditation to alleviate and ultimately cure this condition. If spiritual practice, walking and seated meditation, etc., could be promoted amongst the elderly, this would definitely help relieve the strain on the medical budgets of families, societies and nations. Concurrently, this would give retirees a center of balance in their minds and shift their care from their families onto their own cultivation of physical, mental and spiritual equilibrium. They could actually be empowered to enjoy the most meaningful part of their lives.